Well it’s about feeding fussy eaters something other than chicken nuggets!  Picky eaters come in all shapes and sizes and there’s a lot of information out there on tackling toddlers who are fussy about food but there are also a lot of picky eaters who have long since left the terrible twos or formidable fours.

The original purpose of this site was to help busy parents in the daily struggle of getting fussy eaters to eat food that is good for them – I wanted to help parents and grandparents learn a few tricks to make 5-a-day the minimum they get rather than what can feel like a hopeless dream.

So Stealth Health, by my definition, is getting them to eat things they wouldn’t normally eat without realising they’re eating them!

I am now in the midst of trying to redesign the site so there will be subtle changes emerging over the coming weeks and months and more pages dedicated to general foodiness!  I’m not much of a techie so it could take time!  But the underlying raison d’être remains – trying to feed picky eaters something other than chicken nuggets and chips!

Stealth health is not just about the 5-a-day – there are so many things to be aware of like Omega intake and making sure they get enough protein and not too many bad fats and sugars.  If your child is a picky eater, fussy about every meal you set before them, it isn’t necessarily just about taste – there are all sorts of things going on in their heads when it comes to eating that can make mealtimes a nightmare.

I think a lot of us are fed up being told to go into battle with our child, they won’t starve and they’ll eventually give in.  If your child was in a wheelchair, you wouldn’t tell them to give walking a try, they might just like it and sometimes the refusal to try new foods can be a hurdle they really can’t  overcome just because you say so and certainly not because some TV guru tells you to stick them on a naughty step.

You aren’t alone – it’s one thing to give a toddler a time out and keep giving them small amounts of the same foods until they eventually lose the war of wills and give in but it’s another thing altogether when your child is 10 years old and gags when given something other than the foods they say are acceptable.

We all want our kids to be healthy and to eat well but they often have other ideas and after a busy day, it can be really tough to feel that you have to cook three or four different meals for three or four different sets of tastes and to feel that your child isn’t eating properly and getting much or any of the nutrients they need to grow and thrive.

So many of the recommendations I have seen for dealing with picky eaters involve turning mealtimes into a chore and making hard work out of what should, in fact, be one of life’s biggest pleasures – nurturing our families.  Who has the time, the space, the energy or the facilities to get their children to grow their own vegetables in an effort to get them to get their 5-a-day?  Not me, for sure and I would guess not many of us.  From what I’ve read, it doesn’t work anyway – yes the kids might enjoy tending the garden with you, whilst the sun is shining, watching their plants grow but in my experience, children get bored very quickly when things take a while to grow and they show a huge reluctance to go outside when it’s cold and wet but the garden needs weeding!  And just because they grow a brussel sprout doesn’t by any means guarantee they’ll even try it let alone eat a plateful!

Not all children will like all these recipes but with a little bit of perseverance meal times can become family fun times and food can be one less thing to fight over!  You might not say goodbye to picky eating but hopefully you can feel a bit better about their diet. 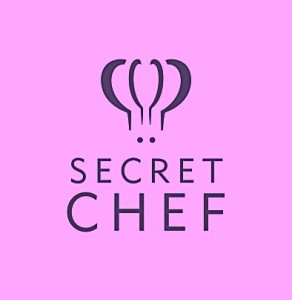