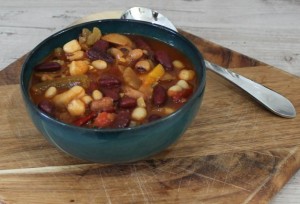 Some years ago, I went through a phase of feeling really whacked all the time.  Not specifically ill just not quite right and always really tired – more tired than in the first few months of pregnancy.  After working through a raft of tests I finally found out that I had pernicious anaemia which is easily treated with injections of vitamin B12.  No amount of eating stuff with B12 in it helps as I don’t produce something called intrinsic factor which is the thing that absorbs or metabolises the B12 in the gut so it has to be injections.  It’s quite astonishing how a quick jab every few months makes such a huge difference to how I feel – each time it’s like a light goes on.

Well yesterday was injection day.  All went as usual and then the nurse said: “you need a flu jab too”.  I don’t have an issue with needles and injections etc so I happily let her get on with it.

Now I feel old.  Old people have flu jabs.  And on top of old, I feel really odd.  I’ve felt giddy all day – even more so than I already did from being poorly last week.  And my throat aches.

So I needed comfort food and currently my go to answer to this is bean goulash.  I think this recipe is based on something a friend, Carole, made me some years ago.  So I’m sorry if I’ve plagiarised you, Carole.  She’s a fab cook and writing this reminds me I want her recipe for chicken pie – it’s really rather good.

Carole is a vegetarian of sorts – she has no issue with the concept of eating meat products, she just doesn’t really like the texture of a big lump of meat in her mouth (as the actress said to the bishop!).  She describes how she used to store meat like a hamster in her cheeks as a child and then later hide it under the corner of the carpet…….nice!

I love my friends – they are an eclectic, eccentric bunch!

This goulash could very easily be made into a proper vegetarian, actually vegan, dish by using vegetable rather than chicken stock but I think the chicken stock is a better flavour.  Sometimes, I put chopped bacon in too, if I have some hanging around in the fridge.

I do this in the slow cooker, bunging everything in together and leaving it on low for the day but you could sweat off the onion, garlic, celery and mushrooms for a few minutes in a little oil and then add the rest in a pan and simmer for about 45 minutes if you wanted to do this on the hob.

Other than the addition of a sprinkle of grated cheese, this is pretty low calorie stuff so you can pig out on it guilt free.  Whatever you do, don’t be tempted to leave out the caraway seed – it finishes the roundness of the flavours.

Stick everything in the slow cooker on low and leave for the day!  Maybe stir occasionally.  Serve with some grated cheese.